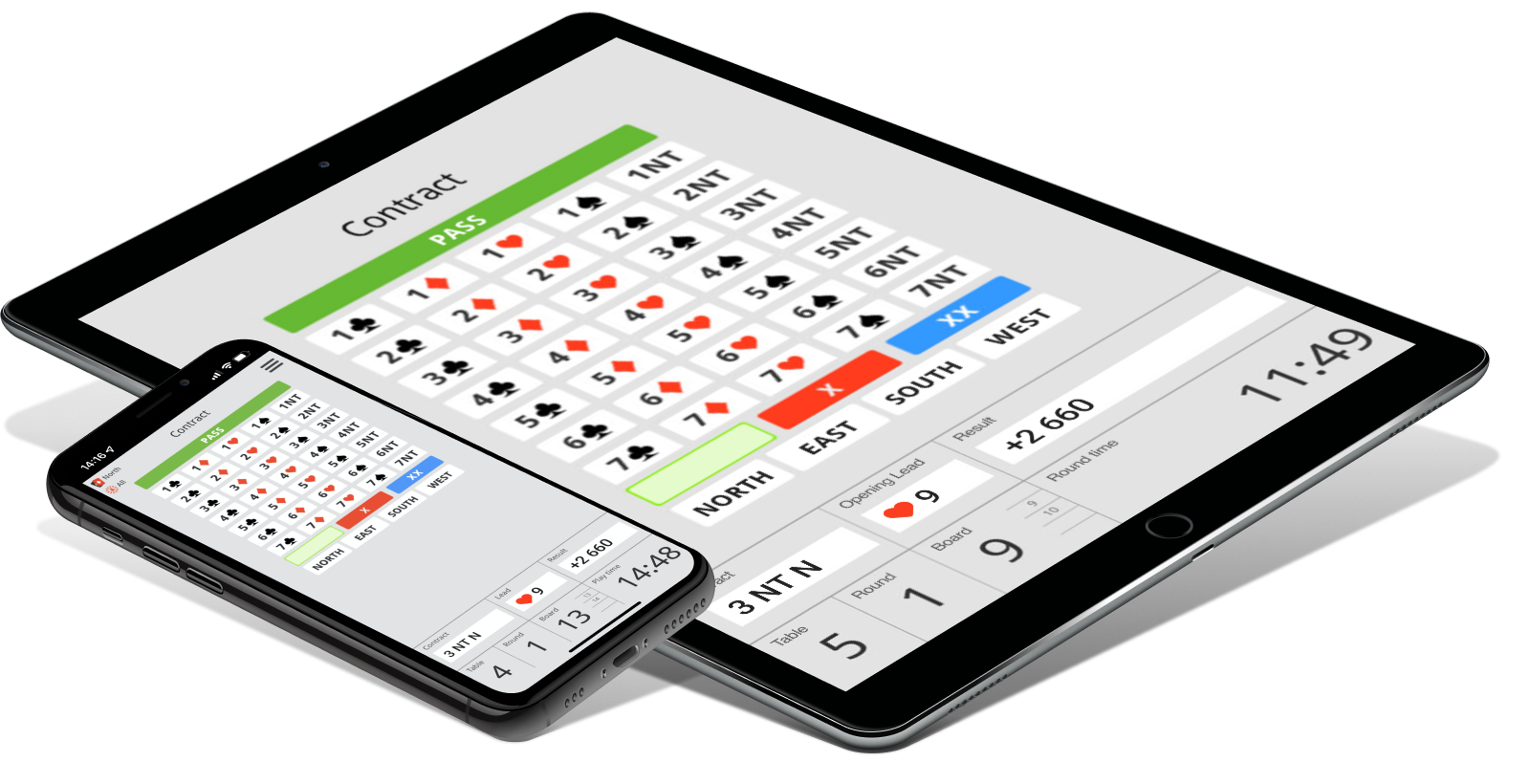 EASY TO GET STARTED 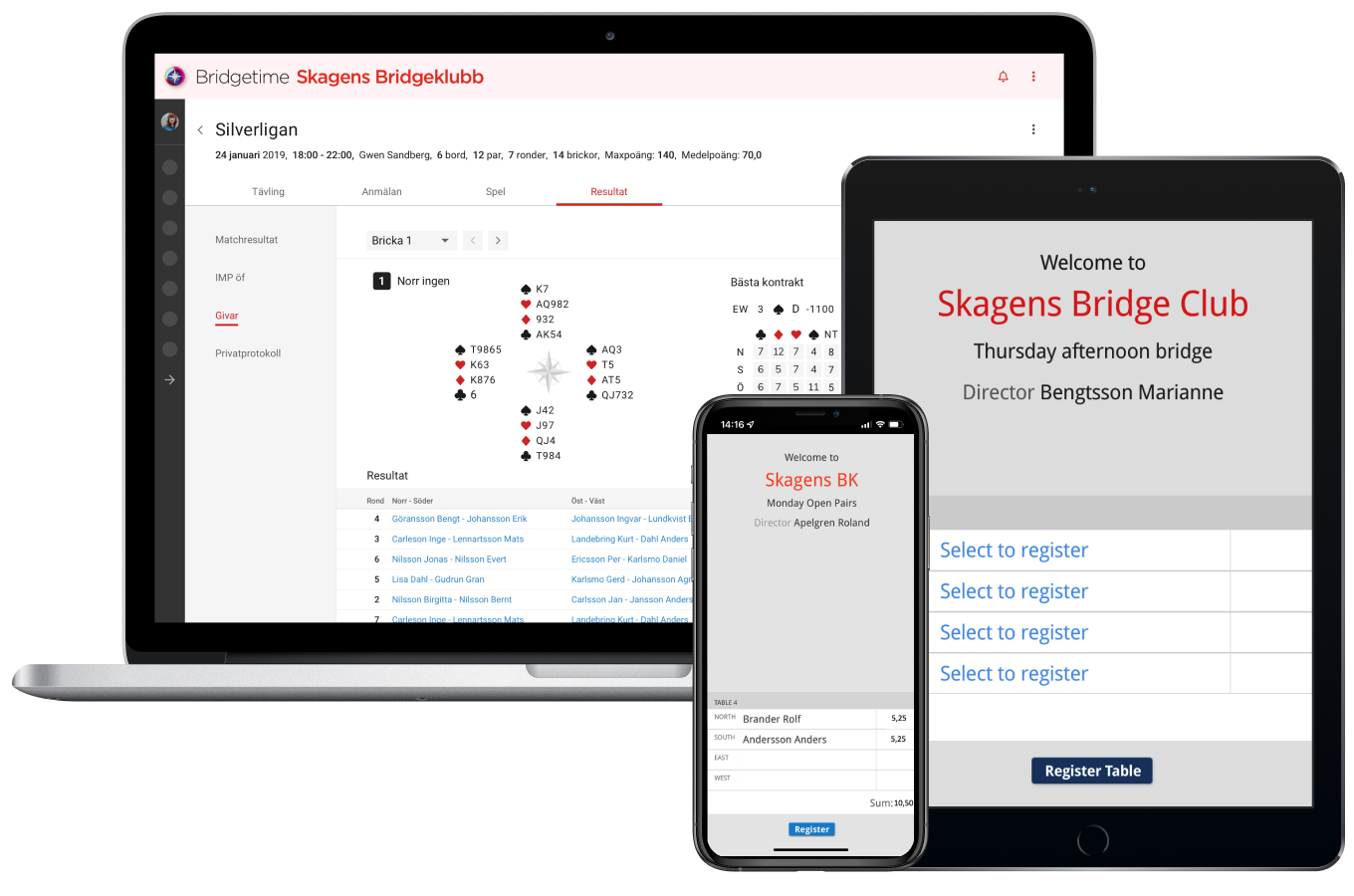 Bridgetime Score can be used in three ways

A tablet is placed on each table for player registration and registration of contracts, opening leads and results, round by round. The tablets then show movement instructions to the next round and which boards to play. Immediately when the tournament is over, the results are displayed on the tablet. The tablets are stationary on the game table during the tournament.

The mobiles are used per partnership or per player, and follow the partnerships/players from table to table. The registration of players is done in partnerships on the mobiles. North registers contracts, opening leads and results on the mobile. All mobiles then show the movement instructions to the next round, the names of the players of the next round and which boards to play. Immediately when the tournament is over, the results are displayed in all mobiles.

"Our tournament directors can now conduct a tournament with 15 minutes’ preparation and 15 minutes of work afterwards, with detailed results available on the web immediately for our members."

"I have also played with other database-based systems with data entered via tablets and have found that, as far as I know, Bridgetime is the most complete system."

"Now that we have experienced the benefits of Bridgetime Pay, we can’t imagine going back to cash at Växjöbridgen."

"In conclusion, we have found Bridgetime Pay simple and stable with low costs and excellent support - everyone is a winner.."

Many different types of game

Are you tired of having to deal with tournament fees paid in cash? Bridgetime Pay gives your club cashless payment of tournament fees and for refreshments. This is a fast, easy, secure solution with a club account for every member. Easy for the tournament director and the club treasurer to use.
Read more about Bridgetime Pay

Avoid the hassle and work involved in installing software and updates. Bridgetime Score is a web-based system, so our customers don’t have to spend time installing it and caring about updates.
Read more

We help your bridge club get up and running