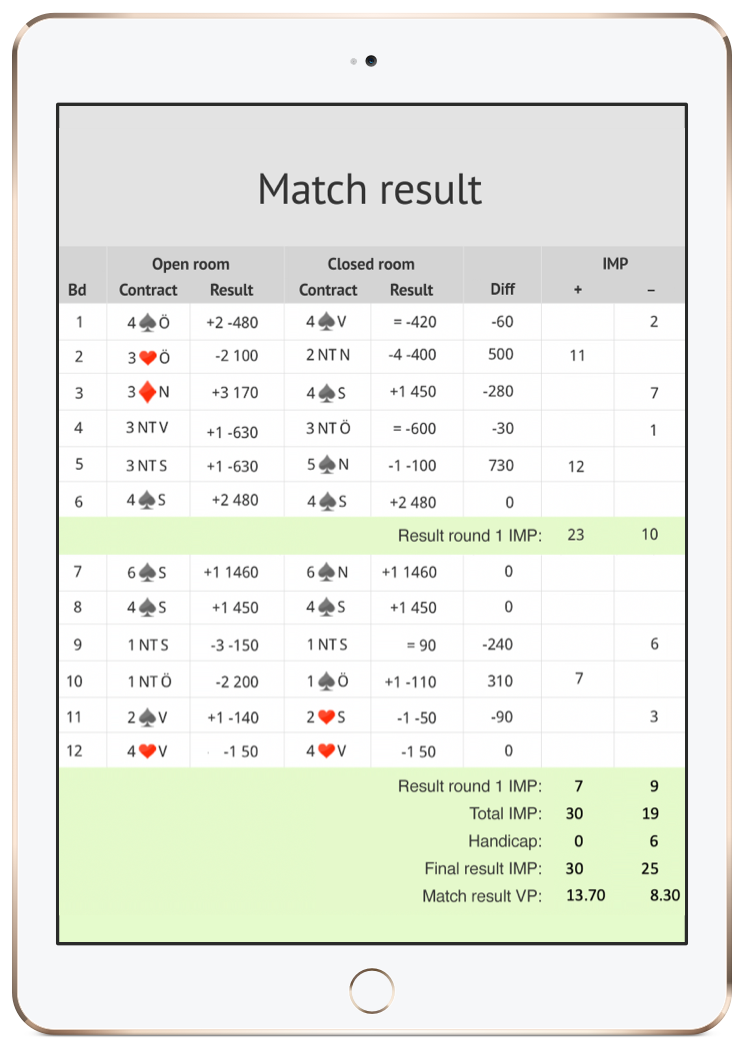 There are two basic forms of bridge, pairs and four hands. Pairs is the most popular form at bridge clubs, while four hands is played less frequently.

However, four hands has many advantages over pairs. It is more sociable, which means the game is more fun, with fairer results. Some people also think four hands is ‘proper bridge’ as it reflects the player’s skill to a greater extent. This form also reduces the risk of spreading viruses and bacteria in premises as the players do not move tables as much.

So why isn’t more four-hand bridge played at bridge clubs? Because it requires considerably more administration and experience from the tournament directors than a standard pairs tournament. Four hands also means more work for the players to keep manual match records and score the result themselves. This is complex and time-consuming and increases the risk of incorrect scoring.

Each four hands for pairs tournament can also form part of a series over a season. But with the big advantage that the pairs do not need to take part in all tournaments as Bridgetime Score allocates them points for tournaments in which they do not play.

The advantages of four hands over pair tournaments

Some people think that four hands is ‘proper’ bridge as it largely reflects the players’ skill. In four hands, it is not worth playing ‘optimistically’, i.e. bidding fewer points, taking chances in opening leads, doubling contracts, making an intervention, etc. Whereas an ‘optimistic’ approach may be a successful strategy in a pairs tournament. This is because pairs tournaments use the topscore scoring method, while four hands uses IMP (Imperial Match Points).

Another consequence of this is that the number of points for penalties, and incomplete games, is very important in four hands but is of little importance in pairs tournaments.

In four hands, it is therefore important to arrive at the right contract and complete it. This is why four hands is sometimes called ‘proper’ bridge.

Four hands makes for games that are more fun

In four hands, games and slams are important as penalties and incomplete games are expensive. A slam board is decisive in a completely different way from pairs competitions, where a missed slam can be completely compensated by an overtrick in two spades in the next board. An overtrick does not generate additional points against a high suit in four hands as it does in pairs tournaments. This makes the game more fun.

The results are ‘fairer’ in four hands as the team plays the boards in both directions.

Four hands also means more social interaction, as you play all boards in each round against the same pair, and the tempo is lower. The players therefore spend more time together than in a standard pairs tournament. And meeting and chatting calmly to other bridge enthusiasts is an important feature of playing bridge for many people.

Only two rounds are played in four hands, and North/South in the open room and East/West in the closed room stay put in both rounds. If any players find it difficult to move between tables, four hands is therefore a good option.

Four hands reduces the risk of infection in the bridge premises as the pairs stay in the same position for each round and only one team per table changes tables between rounds. Less movement means less risk of spreading viruses and bacteria. Each board is also only played by two pairs, so the cards are not handled by as many people as in pairs tournaments.

Keeping manual match records, which is usually the case at clubs, and manually scoring the results are demanding for the players. The process is time-consuming and increases the risk of incorrect scoring. The match results from the open and closed rooms have to be compiled to create final match records. The result per board has to be calculated and added up to a round result to finally produce a match result in VP (Victory Points).

Hard to find players for the team

For league matches, you need four players per team and reserves, and the players have to commit to play throughout the season. However, it is hard to find players who are prepared to make such a long-term commitment.

People think four hands is only for pros

Many players are afraid of four hands and think that it is only for the pros at the club. And some players think it is easier to achieve good results in a pairs competition.

Four hands for pairs with Bridgetime Score: advantages only, no disadvantages

And four hands for pairs eliminates the need to put teams together. There is no need for a team captain responsible for recruiting players and reserves. All this is handled by the Bridgetime Score app.

By playing four hands for pairs with Bridgetime Score, a bridge club can take the experience and joy of playing bridge to an entirely new level!

A team can be formed in two ways in four hands for pairs: either Bridgetime Score draws a team by lots or a team is seeded by the tournament director. Matches may be played with or without handicaps. If matches are played with handicaps, the poorer team gets a handicap in IMP, which is the difference between the teams’ average handicap multiplied by a factor set in Bridgetime Score. The handicap calculated is rounded down to the nearest whole integer.

A match begins with Bridgetime Score showing which boards each table should play. The tournament then continues as any other pairs tournament. North registers the contracts, opening leads and results in Bridgetime Score, and east/west confirm the registrations.

The game requires no prior knowledge to score round or match results as the scoring is handled automatically by Bridgetime Score.

The results are displayed at the table after each round

When both open and closed rooms have finished playing the first round, both rooms’ match records are displayed in a combined match record directly in Bridgetime Score on the tablet. The board result proceeds board by board to a round result.

Round 2 starts with Bridgetime Score displaying moving instructions and the boards the table should start with, and the match continues. When the second round has been completed in both the open and closed rooms, the combined match record is displayed directly in Bridgetime Score on the tablet, as for the first round. The match record ends with a match result in IMP and VP (Victory Points).

After the tournament, the detailed results are displayed online

All match results and match records are displayed in Bridgetime Score online after the end of the tournament.

The match results are also displayed online as for a pairs tournament, i.e. in a results table as board results, and in a PDF file. The scoring method is IMP across the field (IAF) instead of topscore, which is the normal scoring method for pairs tournaments. The points in the results table are calculated using this formula: Points = (total IMP recorded) / {(no. of teams -1) * number of boards played}

If registration of bidding was set in Bridgetime Score, the bidding for each board is also displayed.

Easy to arrange a series tournament

Pairs/players do not have to take part in all tournaments. For tournaments not played by pairs/players, they are awarded a percentage (for example 80%) of their average points in tournaments played. The percentage is determined by the club and set in Bridgetime Score when the series tournament is set up in the system. 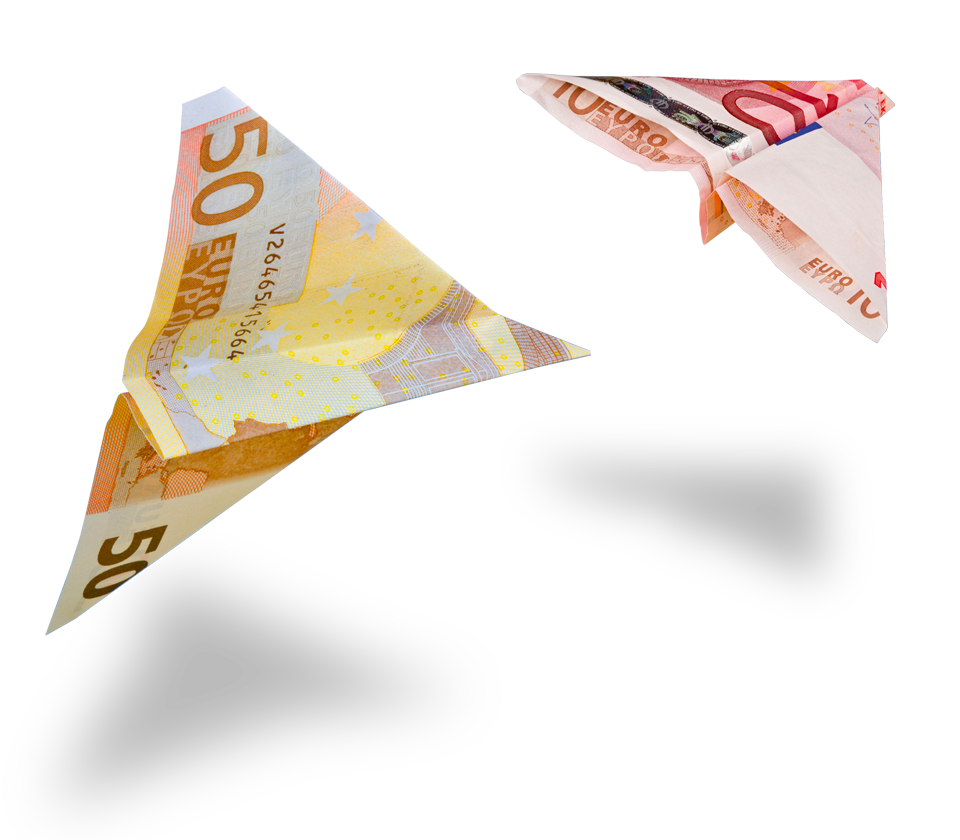 We help your bridge club get up and running